Revolution of Our Times 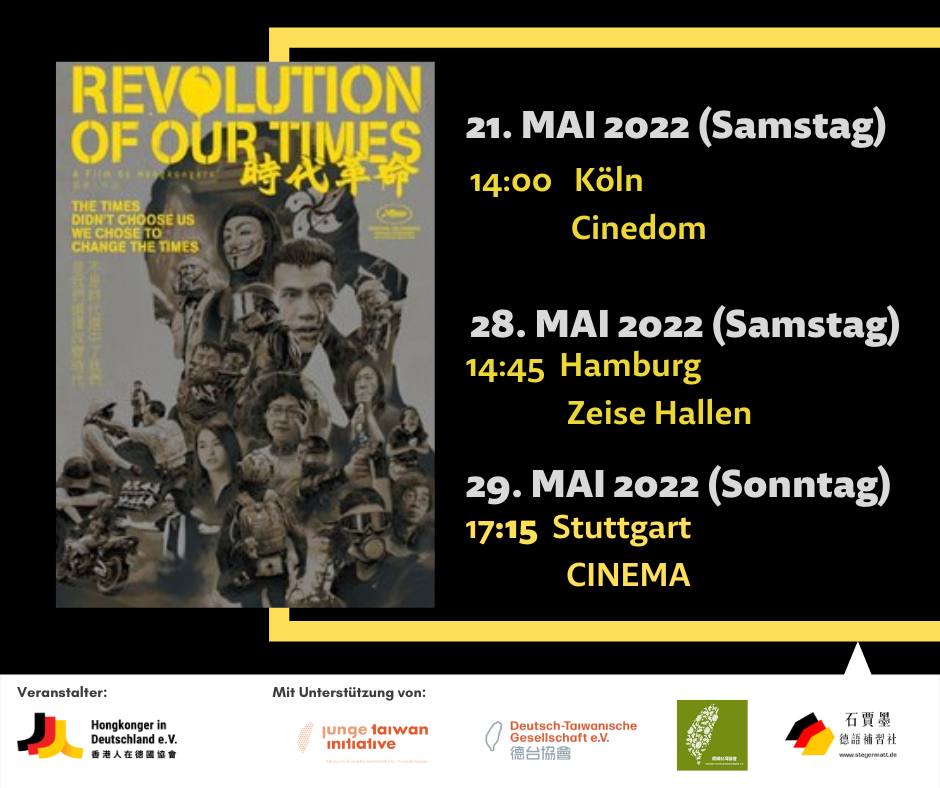 Hong Konger in Deutschland is organising the screening of the film, get your tickets now! 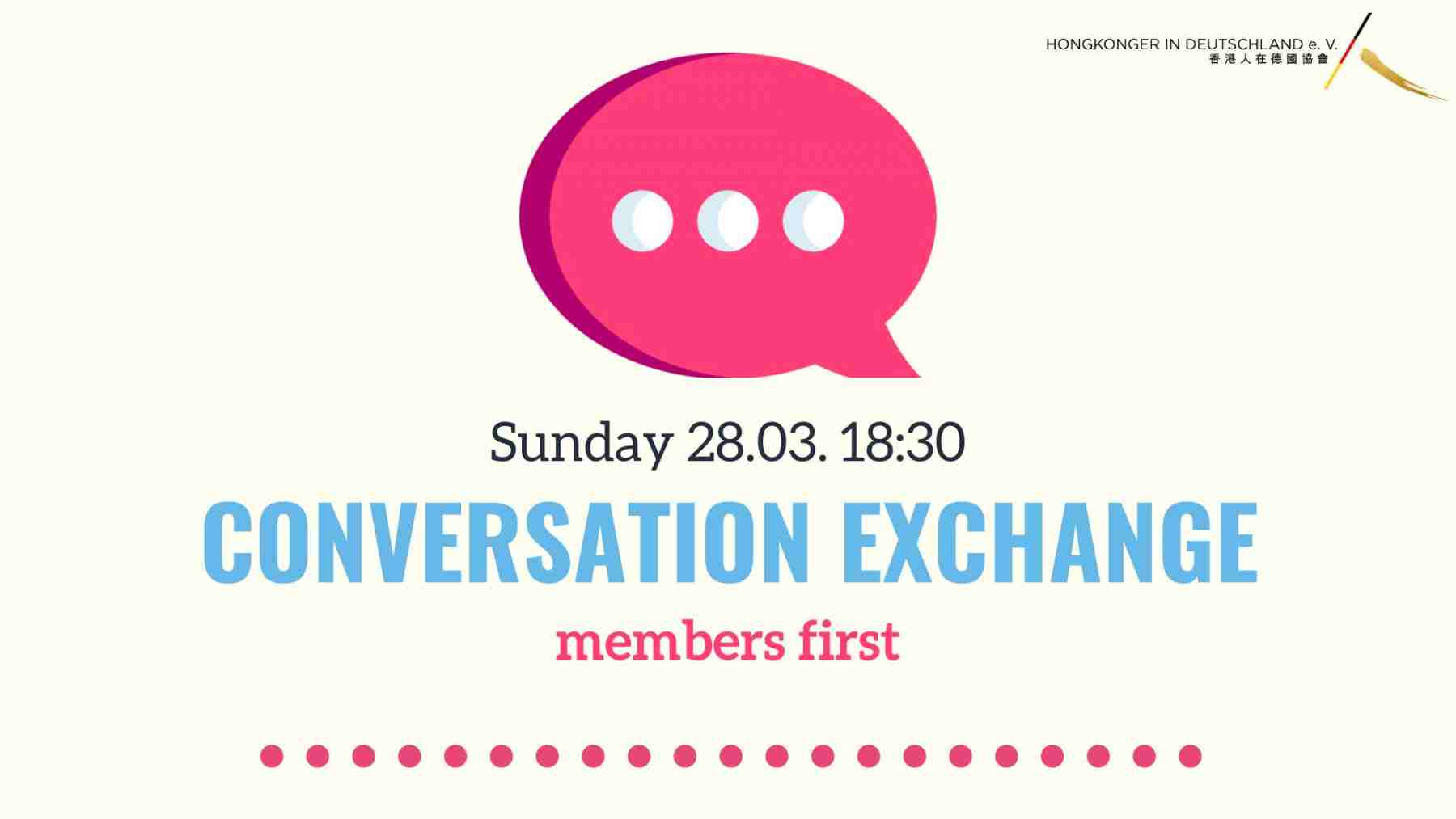 Hong Konger in Deutschland organises regular online events for members and anyone interested in joining to practice your German and English with native speakers in an informal environment. Come have a chat with us! 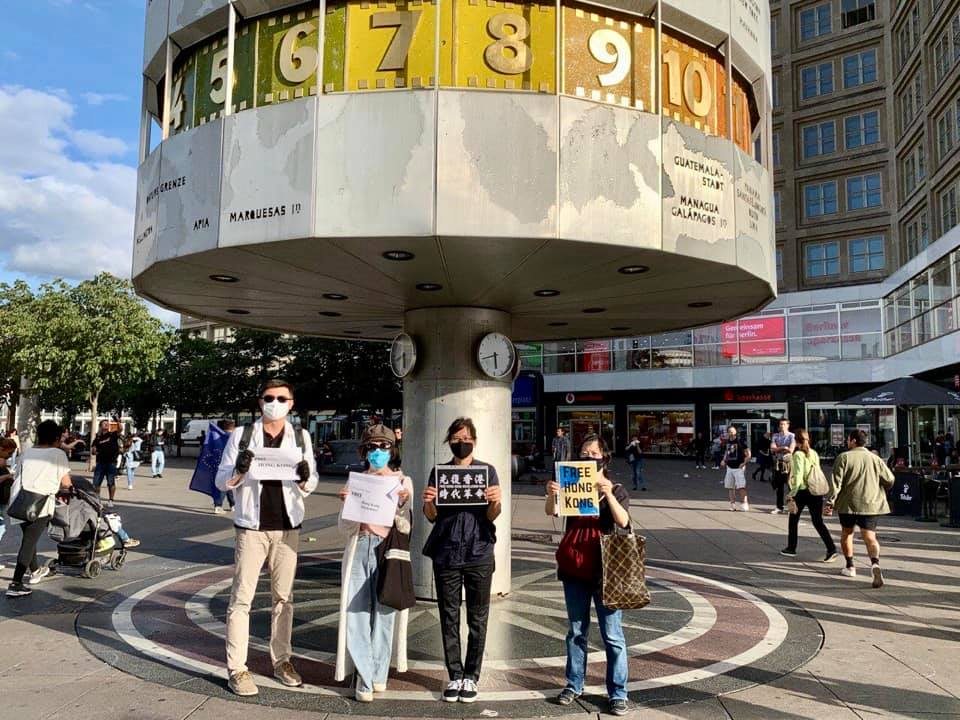 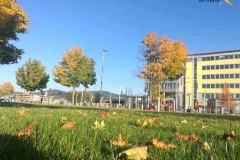 In February, Hong Konger in Deutschland hosted an online seminar to answer all your questions about studying abroad in Germany! The talk was presented by Ka Hei, who began her new life in Germany 4 years ago and is currently enrolled in a space technology programme at the German Aerospace Center. After covering the application procedures and tips for studying and living in Germany, there was a free discussion session for participants to ask questions or share their own experiences. 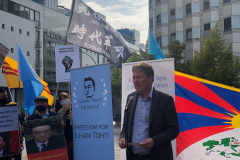 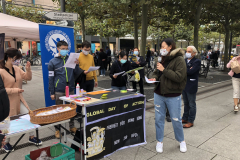 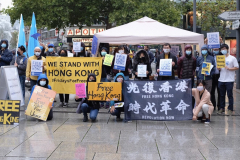 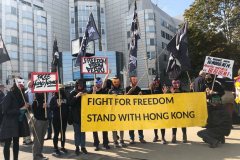 Hong Konger in Deutschland teamed up with other organisations to hold rallies in Berlin and Frankfurt supporting a call to action in defence of democracy. This rally was held in solidarity with rallies in other cities throughout the world on the same day. We thank all the MPs and leaders of human rights organisations working to support democracy and human rights in Hong Kong and throughout the world. Thank you for enduring the rain to attend the rally in Frankfurt! 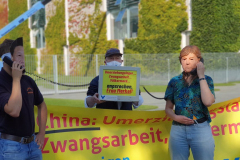 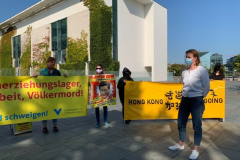 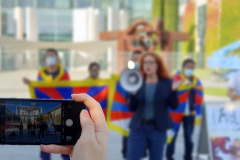 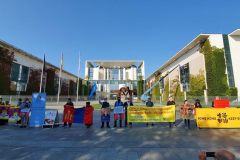 On 14.09.2020, the leaders of the European Union held a video conference with Xi Jinping, the President of the People’s Republic of China, to discuss strengthening cooperation and communication between China and Europe. Hong Konger in Deutschland met with other human rights organisations and representatives of minorities who have been oppressed by China (Tibetans, Uighurs and Mongols) to protest in front of the Chancellery and demand that the EU prioritize its core values and not sacrifice human rights in order to trade with China. We are honoured that Margarete Bause (MP in the Bündnis 90/Die Grünen party and spokeswoman of the Committee on Human Rights and Humanitarian Aid) and Gyde Jensen (MP in the Freie Demokraten Party and chairperson of the Committee on Human Rights and Humanitarian Aid) joined us and each gave a speech to support us. 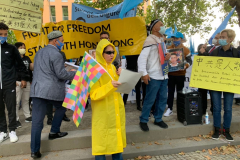 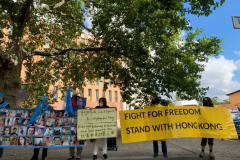 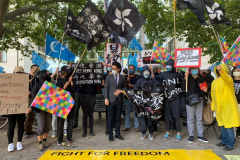 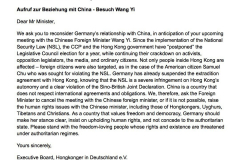 In anticipation of a meeting between China’s Foreign Minister Wang Yi and Germany’s Foreign Minister Heiko Maas in Berlin, Hong Konger in Deutschland published a statement calling on Heiko Maas to address human rights issues with Wang Yi, including Hong Kong, the Uyghur and Tibetan minorities, and Christians. We were honoured to attend a gathering organized by the Society for Threatened Peoples in Berlin and were represented by Ms. Amy Siu, who read our statement.

Our statement emphasizes that Germany, as a country that values ​​freedom and democracy, should make its position clear, insist on respect for human rights and not be subject to an authoritarian state, because all countries should work together to ensure that no regime stands above the law. 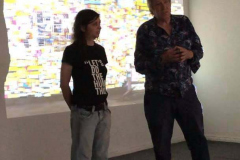 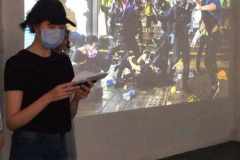 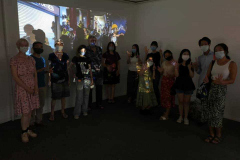 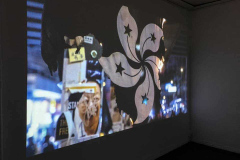 … Ex’d … is a media art exhibition that documents the most critical movements in Hong Kong history, from the umbrella movement in 2014 to the bill to amend the extradition law in 2019. It was organized by Waldern-Kunstausstellungen and our eV.

At the closing ceremony, a representative of our eV delivered a speech and many Hong Kongers have come and supported us. 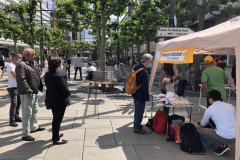 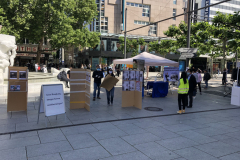 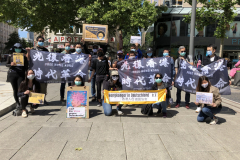 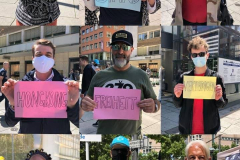 At the same time, we and the International Society for Human Rights (ISHR) organized a rally against the new National Security Act in Hong Kong. A board member of the ISHR Mr. Hubert Körper and a board member of the Asia Vision Foundation Mr. Man-Yan Ng also came by. The CDU MEP Mr. Michael Gahler was unfortunately unable to be present, but he wrote a letter that was read out by Mr. Körper to support us. Even though it was Friday, a lot of Hong Kong people stopped by too. Besides singing songs and chanting slogans, we read the open letter to the German government. We also took collage photos with participants to support democracy in Hong Kong. 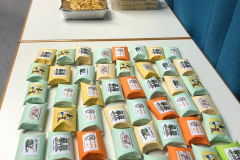 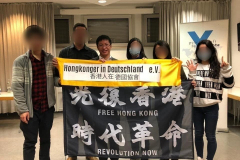 We were invited to attend the forum, Die Lage in Hongkong & die Verführung Chinesischer Christischer *innen, has provided an effective platform for us to deliver the messages of what is happening in Hong Kong to Germany.
The attendees, who are mainly Germans, have shown their high concerns for the situation in Hong Kong. In and after the forum, they have actively asked questions and discussed with us and the speakers. We have not only discussed about the human right issues, but also the lackage of face masks there. It was such an honor for us to be invited and get so many supports from them. We hereby also want to take the opportunity to show our appreciation again to Mr. Wong Yik Mo, one of the speakers, for speaking up for Hong Kong. 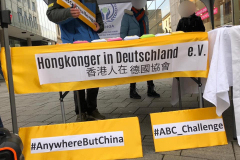 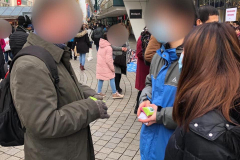 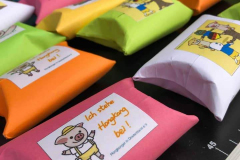 Since the Universal Declaration of Human Rights was published 71 years ago, human rights have become a universal value. But the human rights situation under the rule of the Chinese Communist Party has never improved, in fact it has steadily deteriorated.
We were invited to the event, Solidarity with persecuted groups in China (Solidarity with persecuted groups in China), in Stuttgart for the very first time.
On this important festive day of China, Chinese New Year, we have talked with a lot of people, not only Germans and Hongkongers, but also some Chinese, Indians, etc. Most of them came by to express their concerns on the situation of Hong Kong. They also have shown their supports to Hong Kongers.