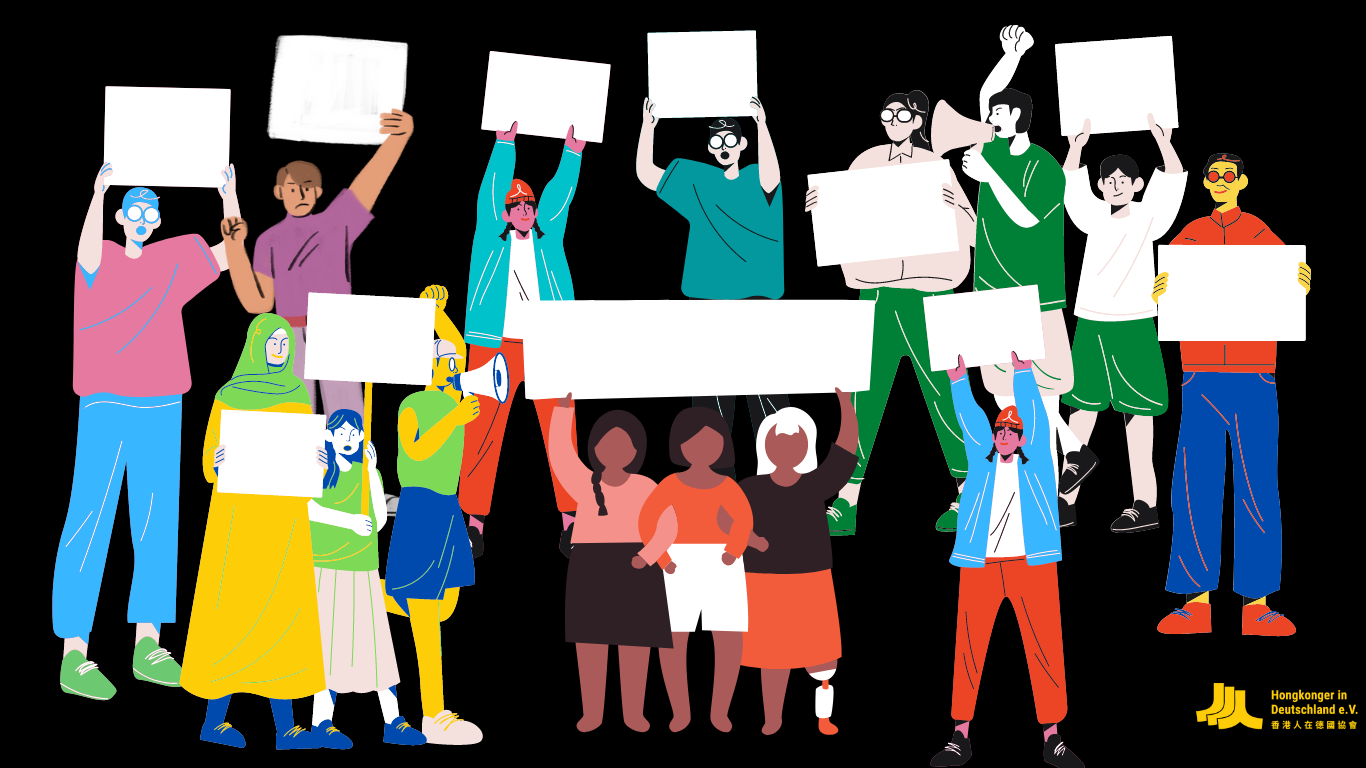 15.11. (Tuesday) Opening and Panel Discussion “Hong Kong in 2022”
The exhibition “Empty Promises for Hong Kong” looks at the current situation in the Chinese Special Administrative Region in 2022. The principle of “one country, two systems”, which was promised by law when Hong Kong was handed over from British colonial rule to the People’s Republic of China in 1997, is considered to have failed. It promised not only a capitalist system but also democracy and the preservation of civil rights, which are systematically taken away from the citizens of the Asian metropolis.
After an electoral reform in favour of the pro-Chinese camp and the arrest of opposition politicians and dissidents, free elections are no longer possible. With the draconian National Security Law for Hong Kong and under the pretext of fighting a pandemic, freedom of the press, freedom of assembly, and freedom of expression are increasingly restricted. Educational reforms and the distortion of facts secure the interpretative sovereignty of the Chinese Communist Party, while Hong Kong’s democracy movement is condemned to silence.
At the opening of the exhibition, activists themselves talk about the home they left behind and their personal experiences. Guests in the panel discussion are exiled Hong Kongers Ray Wong and Finn Lau, as well as Tibetan and Austrian Tenzyn Zöchbauer, who expands the conversation with a Tibetan perspective on mainland China.
Ray Wong was granted asylum in Germany in 2018 due to political persecution and is the 1st chairman of the recently founded association Freiheit für Hongkong e.V. Finn Lau has been on the wanted list of the Hong Kong national security police since 2020 and heads the organisation Hong Kong Liberty in London exile. Tenzyn Zöchbauer is the executive director of the association Tibet Initiative Deutschland e.V., which has its office in the House of Democracy and Human Rights.